Looks Like Another Winner For Curt Sutter.. LOVEN IT... 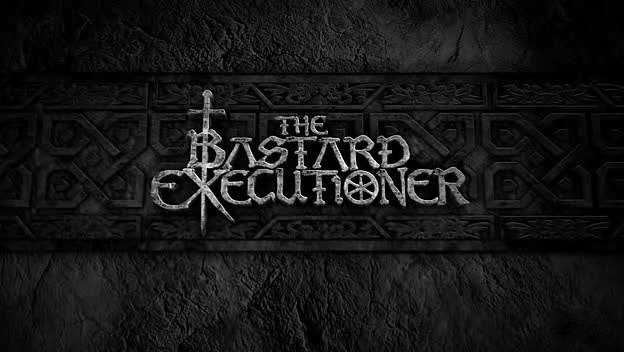 After weeks of bloody betrayals, low morale and lies upon lies upon lies, some truths were finally exposed as The Bastard Executioner took a timeout of sorts to recalibrate the story heading into its final four episodes this week.

Wilkin and Toran found themselves backed into a corner when they ran into two knights en route to dropping off more weapons to The Wolf and co., forcing them to kill another innocent person on their quest for revenge. At this point, the body count is getting close to being as high as it was in the village in that first episode, proving that the villager's mission has become larger than life, in a way.

Wilkin is too far into it all to simply murder the man who supposedly killed his wife and unborn child and then leave, now that he's entwined himself to Lady Love and become Milus's puppet. Sure, we got close to an exit strategy this week, but the moment Wilkin confessed his plan to Jessamy it was obvious she was going to turn on him. I'm sure many viewers were face-palming over Wilkin's decision to confide the entire truth to Jessamy rather that concoct some plan to get her out of there, but then again the writers did need a way to keep him at Ventris.

As a character Jessamy has gone from an interesting adversary to a simple annoyance, given her continued charade and constant vigilance over Wilkin. From the look on her face she clearly suspects something further to Lady Love's pregnancy notice in the square, and given the fact that she caught her "husband" and the Lady embracing in the church the previous week that suspicion has everything do to with Wilkin. Milus's warning about the mad wife were warnings indeed. She could do a lot more damage than she's already done if she isn't stopped somehow soon.

On a positive note she did manage to finally out the WIlkin/Milus secret that was the most annoying of all. Now that Toran and the rest of the group know just how much power Milus wields in this situation, he can finally stop purring in Wilkin's ear alone and force the entire gang to do his biding. What he has in store for them remains to be seen -- especially if the entire area bellies up when Lady Love doesn't produce and heir, but at least it changes the tone going forward. Surely with so many lackeys under him now Milus will have more time for his dwarf prostitutes and caged rats, at least.

As for Lady Love, she grew in esteem again this week and solidified herself as one of the series' strongest players. Her secret sibling connection with the Wolf was a terrific reveal, as it brought up a ton of story potential but also distrust. Having that hidden relationship and giving her a secret puts her more or less on the same path as Wilkin; they're both semi pretending to be someone they aren't, despite formal upbringings. Once Wilkin's identity is revealed (by the finale, perhaps?) it will be interesting to see if they work together and give in to all of those lusty feelings or turn on each other. My bet is the first scenario.

Furthering that assumption is the fact that the castle is now full of religious representatives of the king who are there to ensure the pregnancy but also to carry out supposed evil doings, according to the Witch. This week Annora's presence hit all the right notes, first with her bloody thorns and then with her warning to the priest. The religious undertones to the series are best when left understated, but back then religion and power went hand-in-hand. It's about time it factor more into the story, especially with how it all pertains to Annora and the Dark Mute -- two characters who are most interesting when left up to their own devices and used sparingly.