Open Your Ears, This Is Some Real Music... 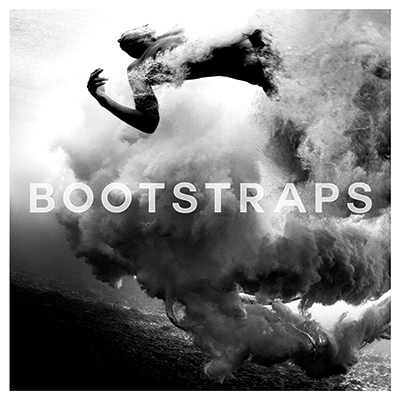 The band is called Bootstraps out of the L.A area, lets start off with some of the bands remakes like "I wanna dance with somebody" this is done in a classic way, they slow it down and it's amazing. This band offers some out statnding music and the most heart felt lyrics we ever heard, the band itself is the perfect mix of drums, acustic and voices.

When we hear music like this, it makes us happy that there are still solid bands who put the music first, yeah, there are bands that want all the fame and never want to do all the hard work, but this is not one of those bands. This group has been grinding at gigs from coast to coast hitting small shows as well as huge sold out ones. One thing for sure is this band live is amazing, you need to go see them when they hit up your town.

With songs like "Earned It" and "Won't Back Down" you can hear some awesome lyrics with a sound that is there very own style, other songs like "Pictures Of You" and "Everywhere" offer more of a story then a song and hit you right in the moment. The new album (HOMAGE) is packed with great music, it's a solid CD and we think it's A MUST GRAB!

More About The Band Bootstraps,

Singer-songwriter Jordan Beckett is a craftsman whose folk-pop has a filmic quality, a trait that has served the Portland, Ore., native well. Beckett, doing business under the name Bootstraps, got his break when actor/director Sam Jaeger asked him to write songs for the 2011 movie “Take Me Home;” besides the half-dozen tunes in that film, Bootstraps’ songs have found their way onto television shows such as “No Ordinary Family,â€ “Private Practice,â€ “Betrayal,” and “Parenthood,” among others.

Bootstraps’ self-titled album, featuring production work from Skip Saylor and Richard Dodd, was originally self-released, but it was pulled back after the band’s signed to Harvest Records, which now will release it Feb. 18. The evocative collection recalls a more world-weary Ray LaMontagne; in fleshing out his tunes, Beckett recruited the talents of two old college buddies familiar to followers of the L.A. scene, David Quon and Nathan Warkentin of We Barbarians.