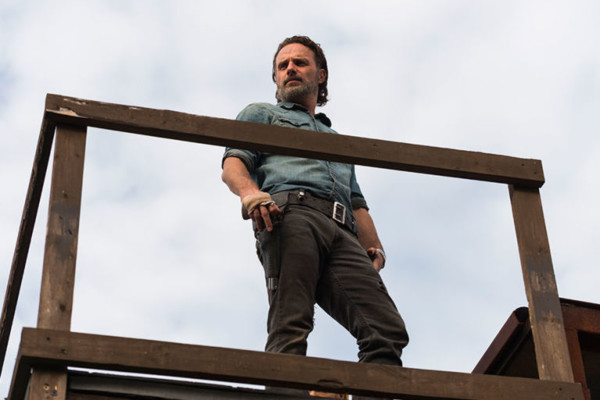 With the series on the brink of war, there's a lot the finale needs to wrap!

The stage is finally set. After 15 episodes of breaking characters down, building them up, and wandering around single locations without advancing the plot whatsoever, The Walking Dead Season 7 finale is upon is at last.

With it, comes war.

The conflict is something the show has long been building to, and now everything is just about in place to kick things off. Sure, they still need to have the groups come together and formulate a proper plan for taking Negan and the Saviours down, but the season finale should take care of that and then some.

With every major player ready to fight back, Sasha being held captive, and Eugene and Dwight turncoats on different sides of the battlefield, it's all ready to bring the divisive, slow-burning seventh season to a dramatic, red-hot conclusion.

Unlike with last year's terrible cliffhanger, there'll be a definite resolution. Andrew Lincoln has even said he did a jig reading the script, while Norman Reedus has compared it to Braveheart. While a lot of it will be setting up the eighth season and the proper conflict to come, there's a lot we need answering in the season finale, The First Day of the Rest of Your Life.

This seson has been a drag out bore fest, it has to end with a bang. How many times must we see a 6 scene talk about nothing? It's time for the walking dead to come alive, no way you can kill of NEGAN, he is the only one who saves this show from jumping the shark. Come Walking Dead RISE UP on the screen!