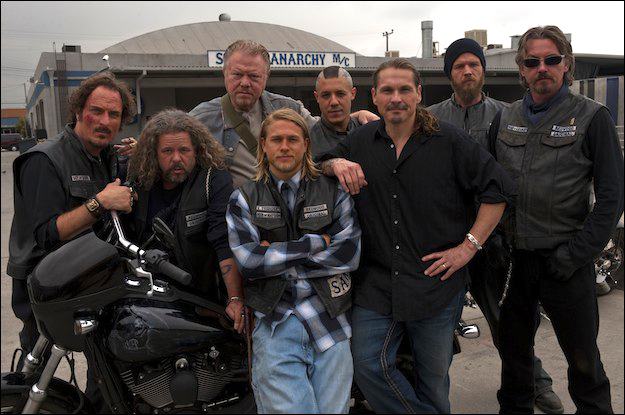 The Name Of The Show To Be ‘The First 9’ A few days back the fans were very happy when they got to know that there might be chances of Charlie Hunnam joining back the cast of ''Sons Of Anarchy'' when the prequel is made, however it seems that the possibilities are bleak.

It is possible that the name of the spinoff will be ''The First 9.'' Ads by Kiosked "I put everything I had into that show. I lived it as much as I could," said Hunnam. "I never got in a car the whole seven years. I was only on my bike and rolling around with a bunch of real bikers and occasionally acting like a maniac'' he added further as per the article on Inquisitr. Hunnam was there for seven seasons and he does not have any desire to be a part of the prequel. Also his character Jax Teller, was killed off in the finale of "Sons Of Anarchy" season 7.

"But saying good-bye to the character was a motherfucker," Hunnam added. "As stupid as it sounds, it really felt like a genuine bereavement, because he was this guy that I loved and hung out with constantly for seven years." The creator and showrunner Kurt Sutter confirmed as per an article on release date that he will look at making a spin off sometime in 2017. The upcoming spin-off might be named as ''The first 9.''

''The storyline of the TV series revolves around a community of bikers, who are the members of the ''Sons of Anarchy Motorcycle Club, Redwood Original'' or abbreviated as ''SAMCRO.'' Similar to other communities of bikers, the SAMCRO club can't boast of its legality'' the article gave the brief. "He's [show creator Kurt Sutter] trying to do a prequel, which I would love to see. Kurt is trying to get it going. Did you read that about Brad Pitt maybe playing my dad? Brad Pitt as John Teller. How awesome would that be?" Hunnam stated.

"I've had discussions with the network about it, and I think they are open to it," Sutter told fans at the Sons for Sandy Relief event in Asbury Park, N.J., on Sunday as per a report on People which was published in Nov. 2013. "I think there is something really interesting about the origins of the club. And to do a period piece set in the '60s, post-Vietnam could be kind of cool. I don't think we would dovetail and start right after the series ended, but it's something I'm potentially excited about it'' he added further. "Our fans are so important to us.

They keep showing up for us, every season, every episode," Rossi, a Staten Island native, told PEOPLE at the event. "Kurt is from Jersey and I thought this was such an incredible idea to show the fans how much we appreciating them and do what we do, give back." So it looks like that the popular demand of this show has made Sutter think about making a prequel. Wait for more updates coming up from Kpopstarz.

Reply off white shoes
8:04 AM on January 17, 2022
I must convey my love for your kind-heartedness supporting individuals who really need guidance on in this question. Your real commitment to getting the message all around appears to be definitely invaluable and has continuously encouraged girls just like me to realize their aims. Your entire warm and friendly suggestions entails a lot a person like me and especially to my colleagues. With thanks; from everyone of us.
off white shoes http://www.offwhites.us.com

Reply lebron james shoes
8:47 PM on January 13, 2022
My husband and i felt very delighted when Ervin managed to carry out his inquiry through your ideas he received out of the web page. It is now and again perplexing to simply continually be releasing tricks which usually a number of people have been trying to sell. And we also fully understand we now have you to thank for that. The most important illustrations you made, the straightforward site navigation, the relationships your site help create - it's got most unbelievable, and it's really helping our son in addition to our family feel that that concept is satisfying, which is tremendously indispensable. Thank you for all the pieces!
lebron james shoes http://www.lebron18shoes.us

Reply curry 8
4:18 PM on January 8, 2022
I actually wanted to write a small note in order to say thanks to you for all of the splendid ways you are posting at this website. My particularly long internet look up has at the end of the day been recognized with excellent details to go over with my guests. I would repeat that many of us site visitors are truly lucky to dwell in a great site with so many outstanding individuals with useful pointers. I feel very privileged to have seen the webpage and look forward to really more entertaining minutes reading here. Thanks a lot once again for a lot of things.
curry 8 http://www.curry8.us

Reply yeezy shoes
10:57 AM on January 7, 2022
I simply needed to say thanks yet again. I do not know what I would have tried without the actual information provided by you regarding this theme. It became a very difficult matter for me, but discovering a new specialized mode you managed the issue took me to leap with contentment. I am just happier for this support and then sincerely hope you recognize what an amazing job that you're undertaking educating other individuals by way of a web site. I'm certain you have never met any of us.
yeezy shoes http://www.shoesyeezy.com